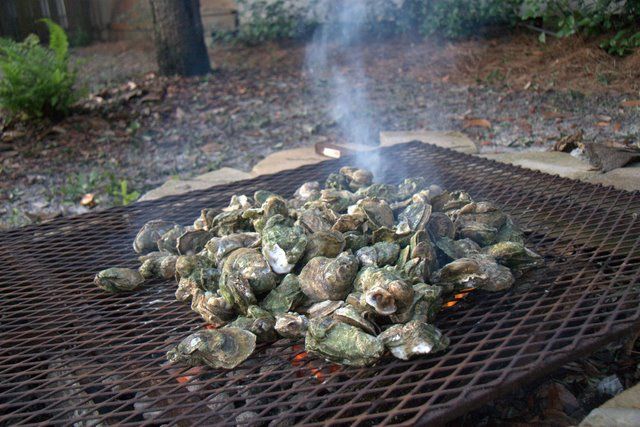 Oysters…in most people they ellicit one of two responses, love them or ick!  I fell madly in love with my first Oyster in Charleston, SC at a restaurant called Bowen’s Island, where all-you-can-eat steamed oysters are served by the shovelful.  If you’re in Charleston, the directions are easy: drive towards Folly Beach and turn right on the road right after the Boat. (Now if you have ever driven from downtown Charleston to Folly Beach, you know about the boat perched on the side of the road.)  After turning right, you follow the road to the end where you will find a low wooden building surrounded by huge piles of oyster shells. Of course, now that we live in Nashville our opportunities for fresh oysters to throw on a grill are a little more slim.  So imagine our delight when we found a fire pit in the backyard of a rental house in Florida.  A few weeks ago, H and I joined nine other friends for a week of beach bumming and general relaxation in Florida.  We rented a house about a block from the beach with a pool in the backyard…and of course, the previously mentioned fire pit.  Within seconds of stepping into the backyard, H and I both noticed the fire pit and with that we both started strategizing how we were going to replicate the Bowen’s Island oysters on our assigned dinner night.  The fire pit demanded oysters and we happily planned to oblige. Of course, roasting the oysters would not be the hard part, but seeing as it was July, we were both a little worried about finding fresh, local oysters in the shell.   At Bowen’s Island, the degree to which the oysters were cooked varied greatly.  Some were smokey and well done, while others were practically raw.  I love them either way, but since it was not oyster time of year, I was a little worried about someone getting sick.  (Many believe that oysters should only be consumed raw in months with an R, so basically anytime except between May and August.)  The last thing I wanted on the third night of our trip was to give people food poisoning. As Tuesday night rolled around, H and I went to pick up the fish for our fish tacos (I promise to post on these soon because they were off the charts!).  At Goatfeathers Seafood Market in Blue Mountain Beach, we asked about the oysters, were they local?…yes. how fresh are they?…caught this morning. if given the option, would you eat them raw right now?…yes. With that said, H and I picked up a 22 pound box of Apalachicola oysters, 2 bags of Charcoal, and an oyster knife.

Oysters…in most people they ellicit one of two responses, love them or ick! I fell madly in love with my first Oyster in Charleston, SC at a restaurant called Bowen’s Island, where all… 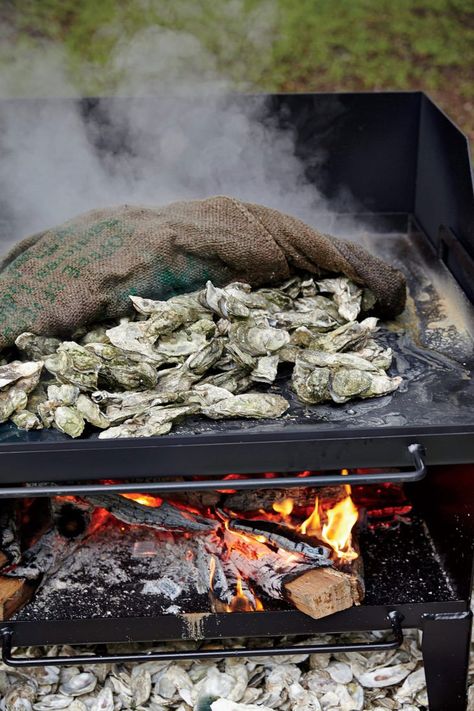 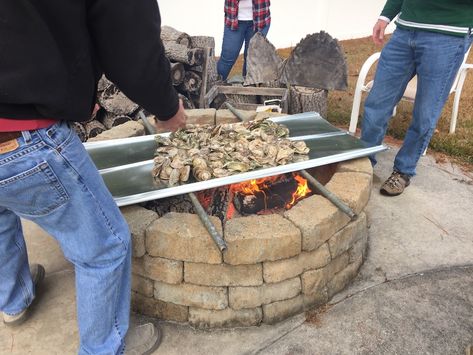 Backyard fire pits are good for more than just staying warm on a chill...

Backyard fire pits are good for more than just staying warm on a chilly night. See how they turned a backyard oyster roast into an oyster fest! 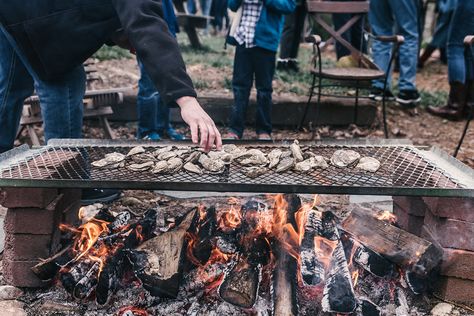 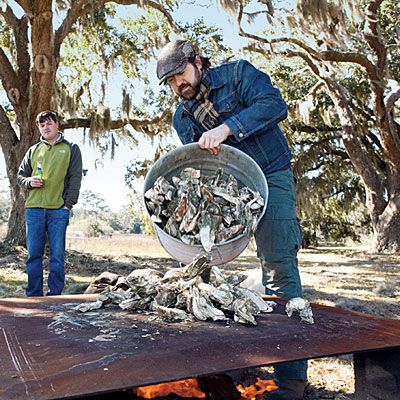 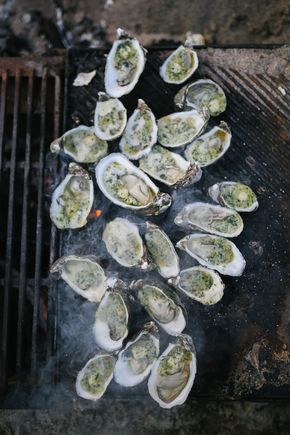 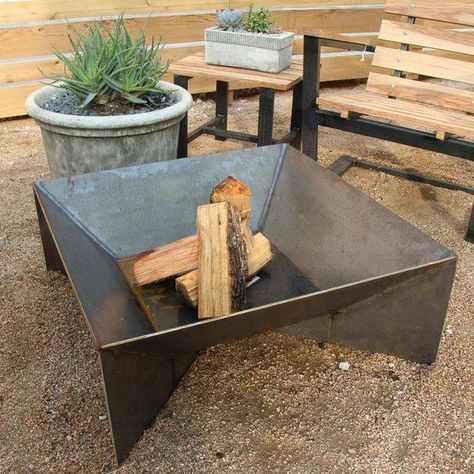 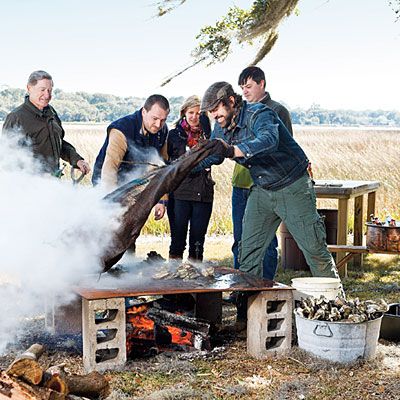 Learn how to host your own oyster roast with these recipes and tips on...

Learn how to host your own oyster roast with these recipes and tips on cooking and shucking oysters. 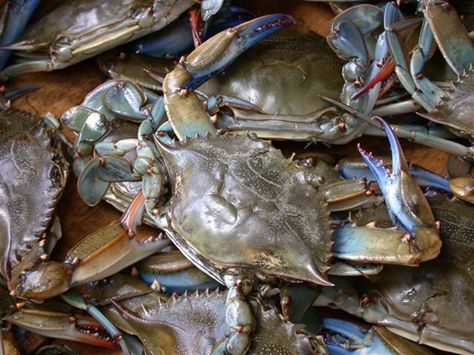 A great crab cake recipe using Maryland blue crabs. This is one of my ...

A great crab cake recipe using Maryland blue crabs. This is one of my favorite crab cakes the main ingredient is Blue Crabs from Maryland and the Chesapeake Bay 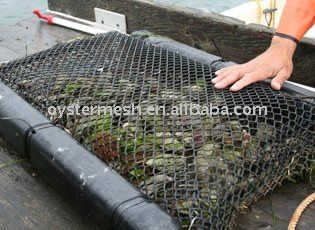 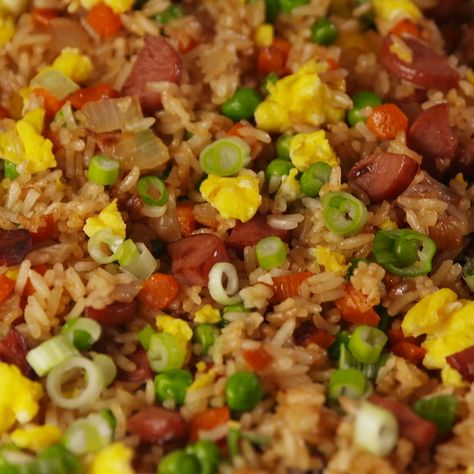 Trust us, it’s better than it sounds. Try your traditional fried rice and adding hot dog for a serious switch … 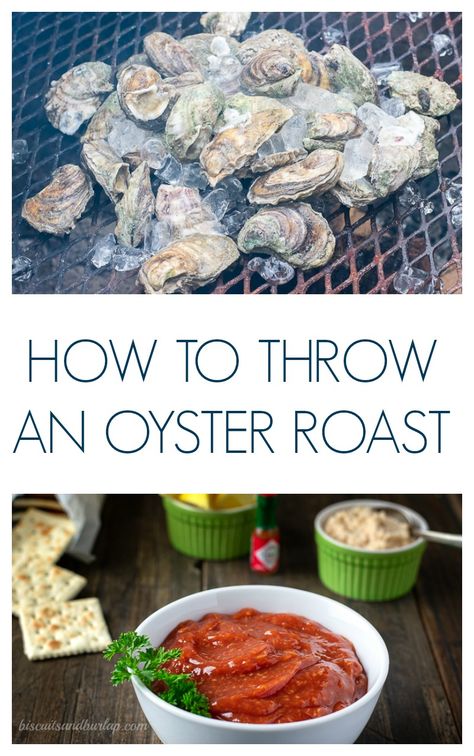 How to Host an Oyster Roast

All the tips you need to easily host an oyster roast, plus a recipe for classic cocktail sauce. 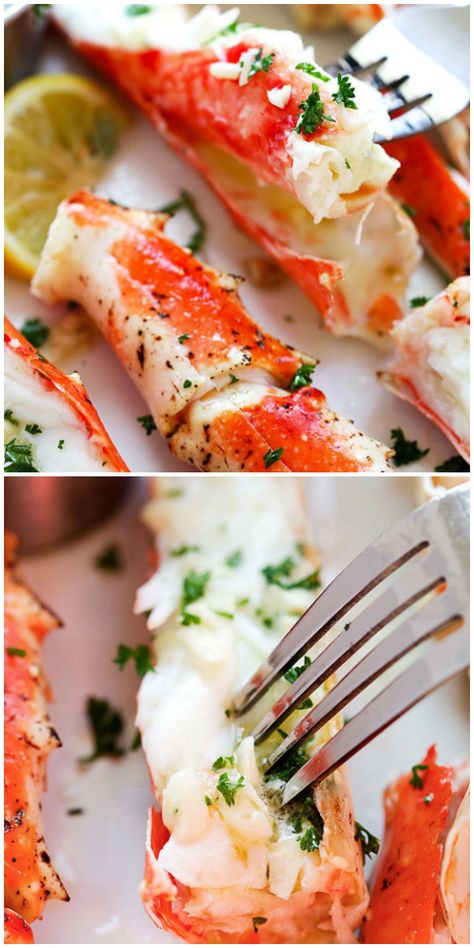 Garlic lemon butter crab legs are one of the best king crab leg recipes. Season the crab with garlic herb and lemon butter sauce, this recipe is so good! 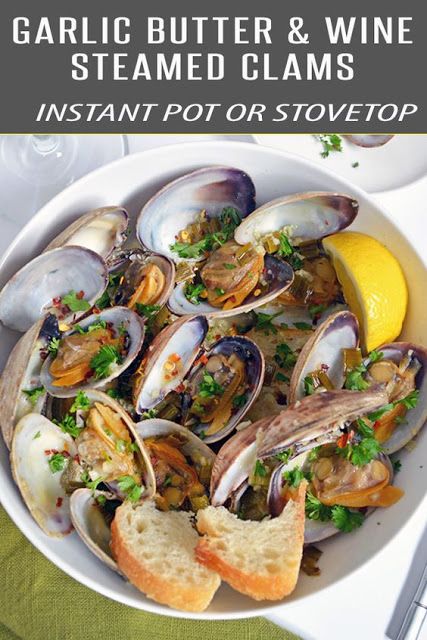 Easy Steamer Clams in a velvety garlic butter white wine sauce. This clams recipe can be made in the Instant Pot or Stove Top. Dinner will be ready in just 15 minutes. Tear off some bread to dip into the flavorful white wine broth to complete the meal. 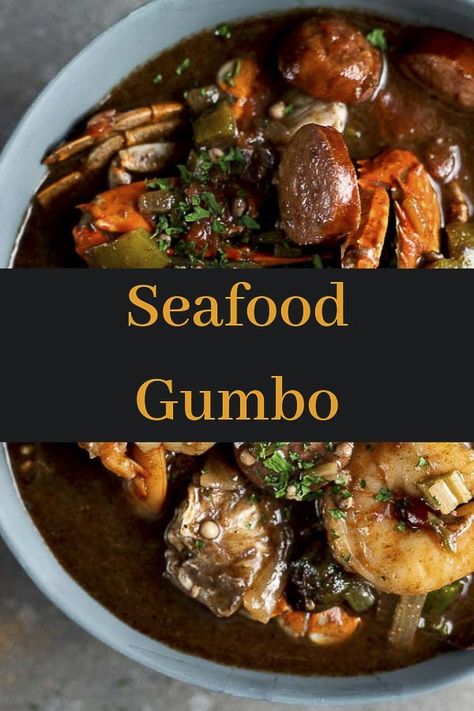 This New Orleans Gumbo recipe is made with spicy smoked andouille saus... 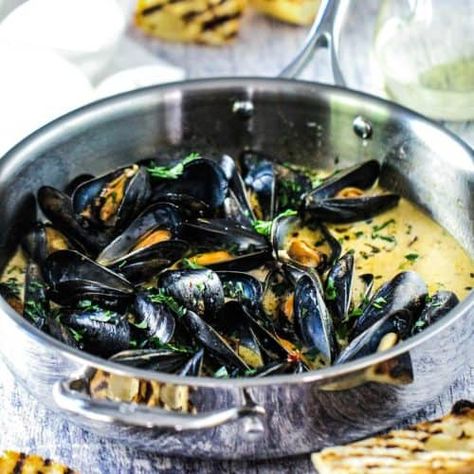 Mussels with Garlic and Wine is about as delicious and comforting a di...

Mussels with Garlic and Wine is about as delicious and comforting a dish that you will ever have or make. The sauce is perfect for perfectly toasted bread. 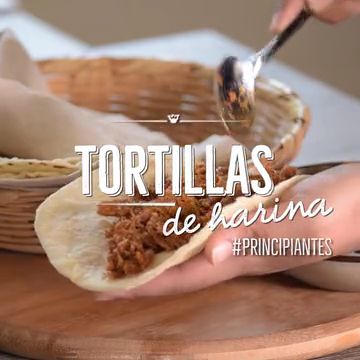 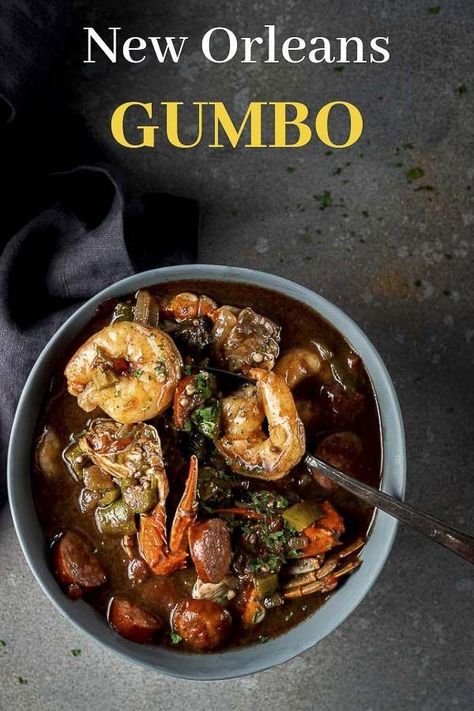 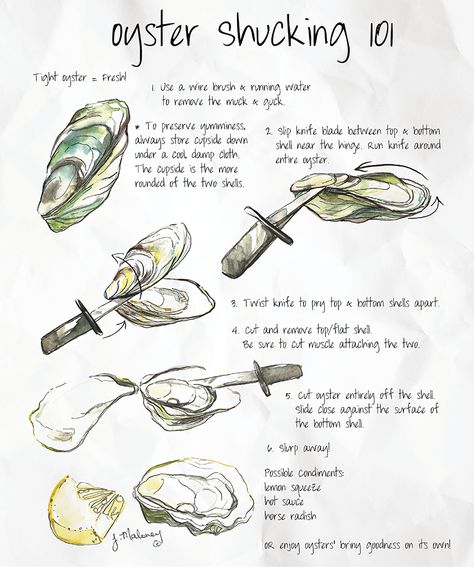 How To: Shuck an Oyster.shuck your own station

How To: Shuck an Oyster.shuck your own station 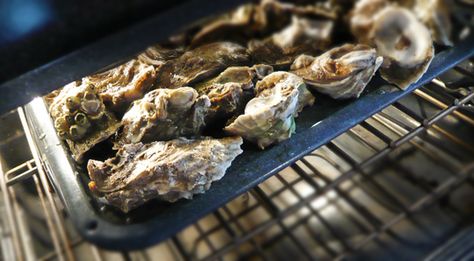 Host Oyster Roast Any Night of the Week

Host Oyster Roast Any Night of the Week 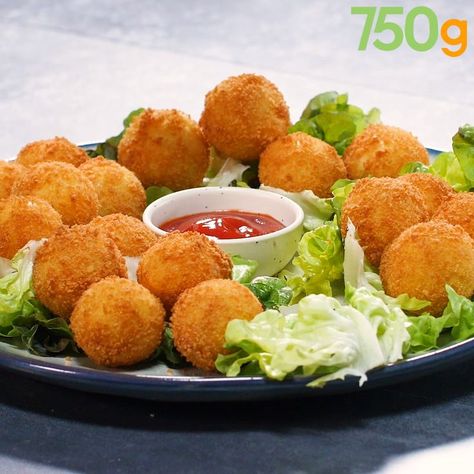